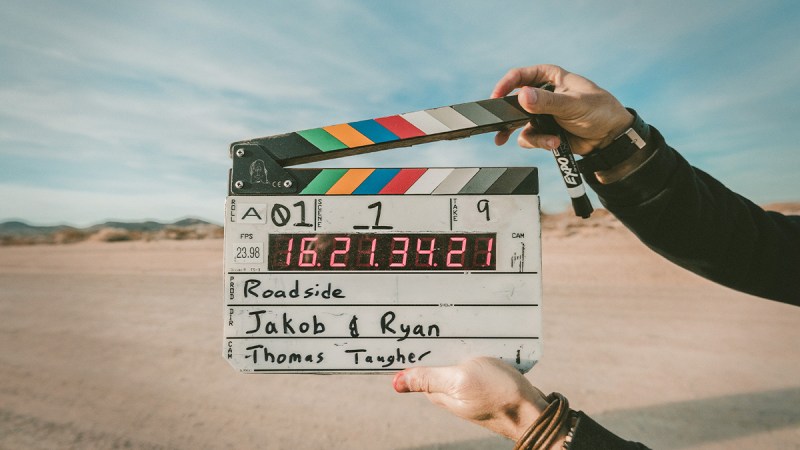 700 films are produced in Hollywood each year, generating 35 billion dollars in revenue, but how can producers predict what will be successful out of hundreds of movie ideas that are pitched? Artificial Intelligence, once the subject of sci-fi films as a futuristic force is now getting behind the lens, using Machine Learning techniques to provide more intelligent decision-making within the film industry.

Artificial Intelligence has already established a strong relationship with online streaming services such as Netflix and Amazon to power personalized and intuitive experiences. Its recommendation systems keeps subscribers hooked from series to series. Now, AI is slowly breaking into Hollywood and changing the game.

The start-ups transforming the film industry

Cinelytic is one of the key players promising Artificial Intelligence as the next best producer in Hollywood. Using Machine Learning, it can provide hidden patterns within the historical data, highlighting how various parameters will weigh in on the movie’s success and profitability.

Similar companies have also appeared, claiming to provide untapped insights to produce a blockbuster. Vault, an Israeli startup, founded in 2015, promises to predict which demographics will watch their films by tracking how its trailers are received online. Also founded in 2015, ScriptBook, has produced an algorithm that claims to predict profitability just by analysing its script.

Warner bros, the second biggest grossing film studio in Hollywood, with a 13.4% share of the total revenue has announced it will be working with Cinelytic to guide decision-making at the “greenlight stage”. They have assured that AI will not be culling creativity, instead it will deliver insights to inform decisions in the research stage; human creativity is still very much required to produce a blockbuster.

“AI is good at crunching numbers, breaking down huge data sets and showing patterns that would not be visible to humans. But for creative decision-making, you still need experience and gut instinct”

How does the technology produce insights?

Hollywood is full of surprises, of films that did better than expected and those that did not fulfill expectations. Artificial Intelligence should be used as a supplementary tool that can help predict those “suprises” to minimise losses. The Joker, a psychological thriller directed by Todd Philips was subject to a lot of controversy prior to its release. However, in its opening weekend alone, it grossed $234 million worldwide, when predictions said it would only make half.

The predictive analysis that these companies can provide is particularly important in the film industry where the majority of films that are made are not released and of those that are released, only half cover their costs. AI is able to anticipate whether it will be an immediate flop with the desired audience or if the proposal is achievable within the budget.

For example, if they wanted to make romantic comedy starring Jennifer Aniston and Bradley cooper but one of them was unavailable, producers can play around with different actors to find a winning combination. This is something that producers can already judge, but that AI can do quicker.

The problem with using Artificial Intelligence in Hollywood for casting is that, like many AI applications, producers must consider data bias. If there’s a higher proportion of successful films with white male casts, this will be reflected in the data. Producers must use AI as an advisor, to ensure the film industry moves with the times, not with the past. Experts also worry that if you fed the machine a completely unique and experimental idea, the algorithm would discourage you from taking the risk due to the lack of data to support the claim.

The possibility of AI becoming the best producer in Hollywood is something we will have to see over the coming years. As a creative however, AI produces some questionable work. The deep neaural network is fed thousands of scripts in order to learn how to write a winning result, equipped with stage directions, often producing amusing results:

Have you ever wondered if you are using the right strategies to improve your shop’s performance? Or what you need to do to improve the customer experience at the...
​​Microsoft Office 365 and Cloudflare services went down worldwide Multiple web services were interrupted worldwide last Tuesday. The source of these incidents was Microsoft Office 365 on the one hand...
The Women's Engineering Society (WES) launched the Women's Engineering Day initiative in the UK on June 23, 2014
An access credential is basically a username and password associated with a person and the access permissions granted to that person for an application, service or system. An access...
If one thing is clear at this stage in 2022, it is that the buzzword of the year in the technology and business world will be: metaverse. What is less...
​​​Hertzbleed. New side-channel attack on AMD and Intel processors Security researchers at several US universities have discovered a new side-channel attack affecting Intel and AMD processors, called Hertzbleed. What is remarkable...