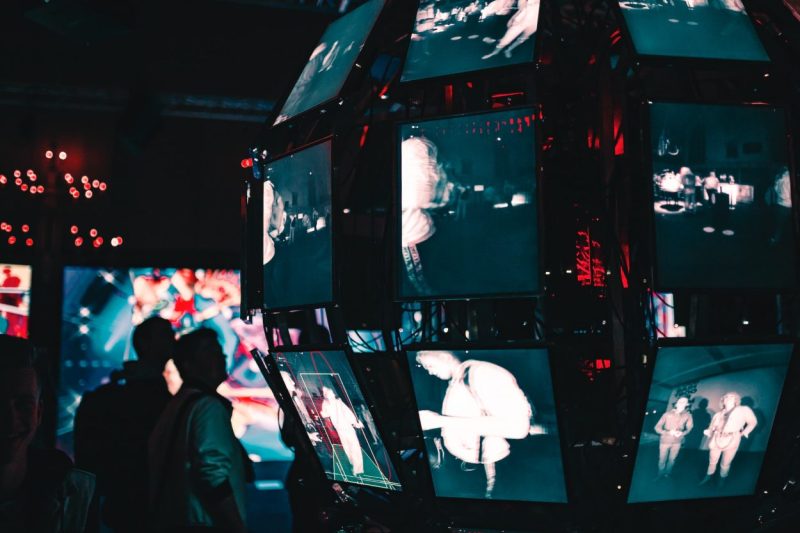 The film The Cricle by James Ponsoldt, based on Dave Eggers‘ novel of the same title, introduces Mae Holland (Emma Watson) as a young intern who joins The Circle company. A Big-Tech headed by Eamon Bailey (Tom Hanks) that develops everything from hardware to social media (any resemblance to big tech is purely accidental).

Dazzled by the company’s apparent modernity and openness, Mae attends the corporate event at which an innovative technology is unveiled to place, everywhere, cameras that broadcast in real time to social networks. From this point the plot descends hand in hand with the main character into the darker side of the loss of privacy and unregulated corporate practices.

The cult of IA technology

Somehow reminiscent of 1984, the main theme of the film’s plot is clearly that of privacy, which in the real world has been greatly affected, and even challenged, in the last decade, mainly due to social media.

Technology serves in the film, in an obvious way, as a lever for The Circle to gain power. But this would not be possible if it were not for the mass of users who support it wholeheartedly. Technology for technology’s sake. Technology as belonging to a group. The unquestioning defence of developments. And this is where it connects with AI.

There is a tendency to rely on Artificial Intelligence, particularly if they reinforce one’s previous opinion on a subject.

AI is difficult to develop, and it is even more difficult to understand why it makes the decisions it does, especially the new developments in Deep Learning.

That is why there is a tendency to rely on AI uncritically and assume the correctness of the results, particularly if they reinforce one’s previous opinion on a subject.

I believe it is necessary to put any technological development into perspective, no matter how modern, trendy, attractive and cool it may seem, because the basis of technology is to make people’s lives better. If it does not meet this objective, the technology is worthless. We should not develop for development’s sake. This is one of the clearest messages that the film sends us.

It is pointless to develop technology if it does not improve people’s lives.

The technology presented in the film basically works by collective intelligence, i.e. many people looking at the images emitted by the cameras, such as the identification of people using all the cameras in the world that occurs in (spoiler alert!) one of the scenes.

It is a logical step that this work would end up being done by an AI, which the film does not address. In a sense, the mass of users performs the function of an artificial intelligence by not judging what it is doing and delivering results. This way of working, doing small jobs manually and aggregating the results, already exists in the real world and is offered by several platforms, which pay small amounts of money to many people who do small tasks and then aggregate the results.

Thus, collective intelligence becomes the source of data that AI drinks from, with users tagging the data for AI to do its work. The users working for the AI, so that the AI can then work for the users. A curious circle that in the film remains a semicircle, addressing only the first part.

The Circle is a dystopia that is not too far from our current reality. The film falls short of estimating the use of AI in technology, resorting to collective intelligence instead. In that sense it has been less ambitious than similar offerings such as Person of Interest.

Instead, it offers a stark view of why companies push technologies that dilute people’s privacy.

In order to be able to make a ranking of future films and series, we will rate the degree of realism of each technology presented, using a scale (out of 5):

Availability: The Circle is available through Prime Video.

“To be a hacker in life is to be a passionate, talented person who manages to influence the transformation of society”, Carmen AlonsoNew business opportunities using Internet of Things (IoT)

LPWA and 5G networks enable the interconnection of millions of objects and IoT (Internet of Things) devices such as connected sensors to send captured or generated data to Cloud...
Internet of Things devices and sensors enable the sensorisation of the environment, the fusion between the real world and the digital world. Thanks to IoT, smart devices generate a...
They say that passion for a profession is forged at an early age. Our parents are our first and most important role models. So, it is not surprising that...
Artificial Intelligence allows machines to learn, both supervised and autonomously. The proliferation of Cloud technologies, the digitalisation of images, texts and audios and the development of IoT (Internet of...
We recently decided to renew our car at home by switching to a new one that is safer and more efficient. After the purchase process came the long awaited...
We are becoming increasingly aware of how our data is circulating on the net. In fact, we have all probably had that feeling that, after looking at a pair...