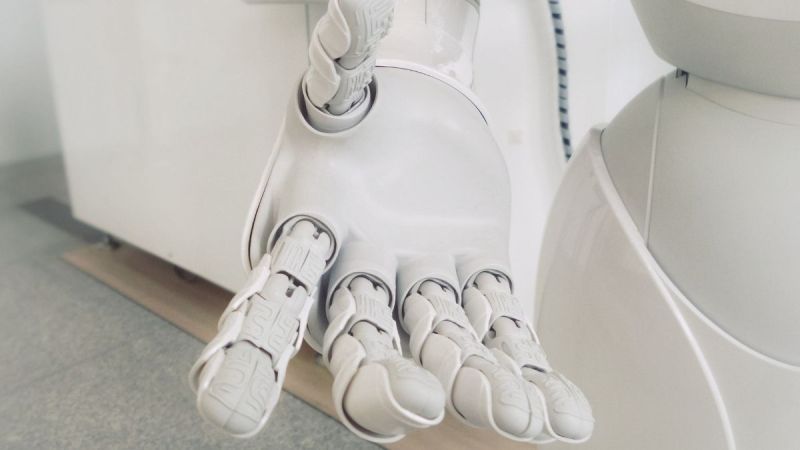 Are you afraid your food processor will rebel and poison your lentils? Do you think your Roomba is watching you? Do you wear a hat when you see a drone? Then this is the place for you. Today we begin a series of articles on the treatment of Artificial Intelligence in films and series, analysing it from the point of view of the current state of technology, assessing how realistic the emerging technologies are.

And why should you believe me? Let’s say that until a few years ago I was doing research on robots, simulating them, programming them, and I even wrote a dissertation on them… Shall we start?

We open this series with a rather unknown Spanish film, Eva (2011) by director Kike Maíllo, which is probably my favourite film in terms of its treatment of robotics. The film is set in the near future, 2041, in a world where humans coexist with robots that are used for repetitive or heavy tasks, such as cleaning or carrying groceries.

In this context, Alex (Daniel Brühl), a cybernetic/robotic engineer returns to his village after a prolonged absence, with the university’s assignment to create the first child robot. The film focuses on the relationships between the main character and the family he left behind and features some surprising plot twists.

In the film, Artificial Intelligence and robotics are treated in two very different ways. On the one hand, we have the majority of robots, whose physical structure and intelligence are completely realistic and feasible today or in the near future. From mobile-based assistants, such as PR2, to quadrupedal cargo-carrying robots, such as those produced by Boston Dynamics, these robots represent the commercial version of what is currently in universities or in certain industries. Of particular note is Alex’s cat-robot, which is almost a stylised version of Spot.

The robotics that we wish existed

On the other hand, there are a few robots, such as the assistant Max (Lluís Homar), whose intelligence, appearance, feelings and movements rival those of humans. These robots are the most futuristic part.

Let’s analyse their characteristics in detail. Let’s start with the movement capacity. The realistic and stable movement of robots is a long-standing research topic that, apart from Boston Dynamics with Atlas, no one has managed to solve adequately.

Realistic outward appearance, to the point of being mistaken for a human, is an area where art and engineering go hand in hand. Some current developments may momentarily fool a naïve (or myopic) observer, but none withstand the challenge of facial movements, being easily detectable that we are not looking at a person.

As for feelings… what exactly are they – appropriate external expressions in the face of certain events? In that case, there is a field of study that, together with the previous point, will at some point achieve realistic results. But if you consider feelings to be more than just facial expressions, then I’m afraid the engineering hasn’t gone that far.

Some studies consider artificial emotions to be drives that the robot seeks to keep in range (such as being happy and not sad, for example). However, a problem comes in determining what it means for a robot to be happy or sad (does being angry or elated must affect its decisions?) or how situations have to influence it (does it become sad if its battery runs out?). Even thinking further, why would we want a robot with this functionality? What does it bring to its job? We could end up with depressed robots going to the robopsychologist.

In short, the intelligence that the film proposes in these quasi-human robots falls far short of what engineering has achieved so far and is the least credible point of the technology that is presented.

Other technologies not directly related to artificial intelligence are inspired by existing technologies or those that are projected to exist soon, such as visual touch interfaces to control the computer (bear in mind that the film is from 2011 and that Microsoft Surface, for example, was launched in 2012), or navigation indicators projected on the windscreen of the car (like the head-up displays of some vehicles).

As for the holograms that the protagonist uses to watch videos or to design the robot’s brain, it has not yet been possible to do without a physical medium. However, it does not seem so ridiculous to think that by 2041 there could be a more or less functional version of what we see on the screen.

Eva is a great film that is characterised by its good integration of advanced but manageable technology into a recognisable everyday environment and, with the exception of a few overly fantastical elements, achieves a good overall effect of realism.

In order to be able to make a ranking of films and series in the future, we are going to rate the degree of realism of each technology presented, using a scale (out of 5):

‘A Data-Driven Company’ the bedside reading for leading this transformationEdge Computing and Machine Learning, a strategic alliance