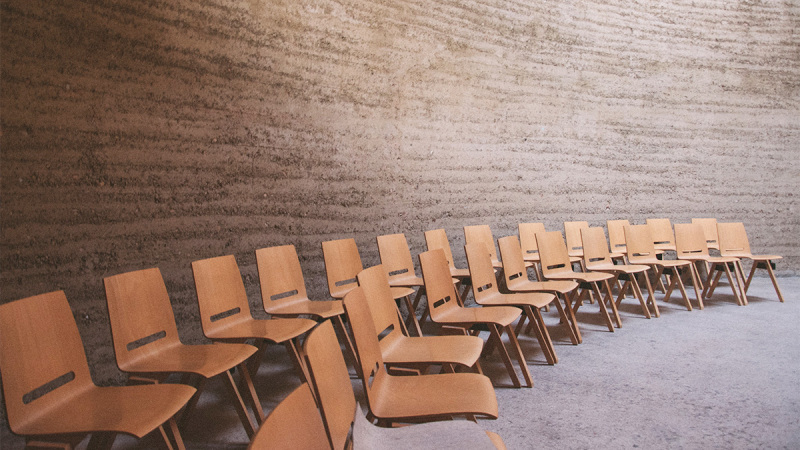 On the June 1st, the Annual Assembly of Alastria, the Spanish Blockchain consortium, was held. Today we are already more than 500 members: companies of all sizes, profiles and industries, public administration or university representatives. As in all assemblies, the new Board of Directors was elected, which will steer the course of the association over the coming years. Beyond names and positions, the newly elected Board reflects the renewal that we want to face in order to adapt the association to the new times. Times in which the economic situation may not be very favourable. Nevertheless, we firmly believe that Alastria has a role to play.

When we founded the association in 2017, we were crystal clear about its purpose. It was not just about setting up another Blockchain consortium. We all believed in the transformative power of technology and its ability to have an impact on society. That is why the aim of the partnership has not only been to carry out projects with distributed and/or decentralised registry technologies (i.e., Blockchain). We have been trying for almost four years to use Blockchain to promote the digital economy and improve Spain’s competitiveness through technology.

Much has been achieved in recent years. Perhaps the most relevant one has been the publication by UNE of the first global standard on decentralised digital identity. This standard is not only inspired by Alastria’s work, but several of our partners have been involved in its development and approval. But there has also been a strong commitment towards international initiatives. In Europe, Alastria collaborates in the definition and design of both EBSI (European Blockchain Services Infrastructure) and ESSIF (European Self-Sovereing Identity Framework). We have also been a major contributor in laying the foundations of INATBA or LACCHAIN, which adopts all of Alastria’s learnings in terms of decentralised governance.

But the usefulness of an association like Alastria is not in the past, but in the future. So, I would like to take this opportunity to share the priorities we are going to work on from now on:

We have already spoken in this blog about Self Sovereign Identity (SSI). As we said, Spain can be proud to be the first country in the world with a standard on this concept. Recently, the European Commission announced the creation of a European digital identity. In short, Digital Identity is in fashion and Alastria is in an unbeatable position to help its partners to benefit from it.

Over the next few years, we will work hard to make it possible for anyone to use their Digital Identity for all kinds of online transactions. We are not just thinking about authenticating you to a third party while keeping your privacy easy, secure and in control of your data. We want to enable the use of that identity on a massive scale in the economy. It should enable you to rent a bike, pay taxes or open a bank account.

As a consequence, the identity model itself is not an end, but a mean and a very powerful enabler of new use cases. We are going to work on this identity model along three lines of action:

We want the founding aspiration of the Association to become a reality. We must build a permissioned public ecosystem with guarantees available to any company that wants to deploy decentralised applications.

Alastria is technology agnostic and guarantees the quality standards and regulatory compliance of the networks promoted by its members. The Association does not operate networks, but it does ensure that partners can choose between different alternatives to deploy their use cases. Each use case has different functional and operational requirements related to their business. This is why we will create the “Alastria Compliant” network decalogue. This decalogue will include basic criteria for operation, onboarding, documentation, evolution, interoperability and services (e.g., Alastria ID).

The last point, interoperability and services, is absolutely crucial. Not only do Alastria’s networks need to connect in a so-called native way with the services of the European infrastructure under development, EBSI, but also with the growing number of Blockchain National Networks (BNNs) that are constantly appearing, promoted by or with the participation of governments.

All networks with this status will comply with the governance, best practice and interoperability policies established by Alastria and its partners through the working groups. The Alastria Compliant status should ensure that, for example, the evidence recorded in that network has full legal validity. It has no influence on the technology implemented, the specific operating model or the number of members.

On the other hand, it will be key for partners to have access at all times to a network with the most relevant technologies in the industry. Consequently, the development of new networks with new technologies will be promoted, including, if possible, a public network in collaboration with public authorities.

More than 50 public administrations (local, regional or state) are represented in Alastria. However, blockchain is still far from being a commonly adopted technology in the public sector. Therefore, it is necessary for the Association to continue to act as an evangelist of blockchain technology among the different administrations.

Alastria must become the meeting point for Public Administrations that need the technology developed in Alastria. To this end, we will put special focus on providing visibility to the Public Administrations of all the projects that the partners carry out and how they can be of interest to them. As a first example and spearhead, we will encourage public-private cooperation in the development of identity projects. We will promote those partners who are already involved in these projects can incorporate the public sector as a stakeholder. As a result, we will ensure that the partners’ technology helps to improve the way citizens and businesses interact with the Administration.

In short, we have a brilliant opportunity to take advantage of the work we have done and strengthen Spain’s position in Blockchain technology.

Ecosystem And Collaboration Between SMEs And Large Companies

There is no company profile required to be an Alastria partner. You don’t even have to be a Blockchain company to be a partner of Alastria. We encourage any public or private company to join and to collaborate with academic institutions and professional entities. It doesn’t matter the size, the economic sector where it develops its activity, the technological profile or its geographical location. All Alastria members have the same status, the same responsibilities and the same benefit.

But the real value of Alastria’s ecosystem develops when partners collaborate. That is why we will continue to encourage collaboration between companies with different profiles. We will launch a new Open Call with the support of large companies, administrations, incubators/accelerators and investors as the backbone of this objective. This time, the challenges posed will be aligned with the lines defined for Spanish and European funds. We hope that this measure will allow the partners to benefit from new financing channels.

Alastria is a non-profit association and we commit all our resources to transferring value to our members. With this objective, numerous initiatives have been launched in recent years to link and make visible the value propositions of our members with open innovation ecosystems, accelerators and public institutions. Many opportunities have been created for Alastria’s SMEs to present their use cases and have visibility in national and international forums and conferences. But perhaps the most relevant initiative has been the Project Table. Its purpose is to gather, bring together and evaluate the projects of the partners with a view to the Next Generation funds of the European Union. In short, the aim is to dynamise the ecosystem and promote collaborative models that maximise the return for the partners while optimising the association’s resources to the maximum.

The Ultimate Evolution Towards the Digitisation of IndustryTelefónica Tech, the new technologies blog

Digital transformation brings us new opportunities, it is changing our lives both in the way we communicate and in the way we produce. Digitalisation of the industrial fabric in particular...
Do you have any idea how the Internet affects the environment? According to World Bank data, 48.5% of the world’s population was already connected to the Internet in 2017...
Coca-Cola is the largest beverage company in the world serving over 1.9 billion drinks daily across its 500 brands. Being such a large conglomerate active in so many countries...
Just as in the Grimm Brothers fairy tale where two little elves teamed up to help the cobbler have a better life, Artificial Intelligence and IoT, Big Data technologies...
Artificial intelligence and IoT technologies continue to revolutionise the way in which we live around the world. In today’s post we take a brief look at how technologies enhance...
During the pandemic, the need for companies to use digital channels in order to provide a quality customer service has become evident. An example of this digitalisation in its...