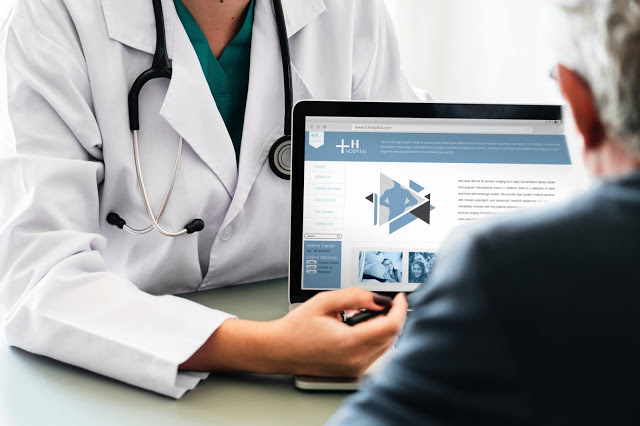 The technical revolution within the NHS suggested in this report could not have come at a better time. We have doctors and GPs overburdened with more and more patients and simply not enough staff to deal with them and the administrative work which comes with them. The government seems to think that various forms of artificial intelligence including robotics is the answer. However, as many people fear, this is not the replacement of doctors with robots, but merely the use of technology as a tool to aid healthcare professionals and to ease the burden placed on them. 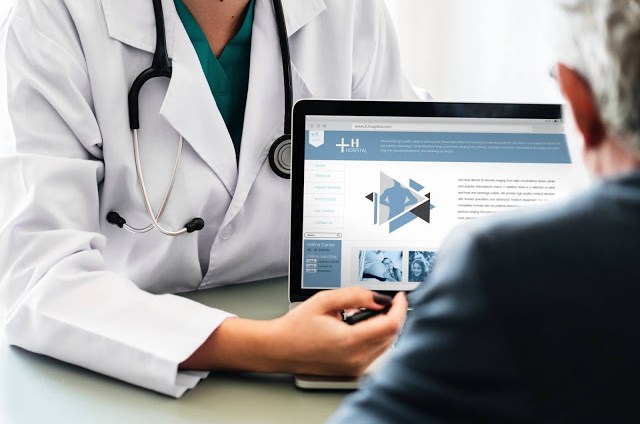 Using AI directly in the treatment of patients is clearly going to be a longer-term aspiration as a result of the aforementioned as well as the need for extensive testing and various ethical issues to take into account. This means that in the short-term, the focus, realistically will be on something that can only be described as ‘Virtual Assistants’.
These ‘Virtual Assistants’ can be utilised in various tasks, both administrative and technical, enabling healthcare professionals to focus more on the patient’s wellbeing and being able to dedicate more time to their problems and finding solutions to these.
On one hand, the NHS hopes that AI will drastically help with the administrative workload of the 111 system in England. This is a service where the public with non-urgent problems can call and be advised on whether to attend hospital, see a GP or to remain at home.
They have already tested AI Chatbots using technology from Babylon which would act as the first point of contact for people trying to contact medical services. Using extensive algorithms, the bots can process millions of different symptoms and recommend the best course of action. This would in turn prevent the ‘time wasting’ of the people who cause overcrowding with nothing more than a common cold.
Alternatively, the use of AI can save a lot of time by carrying out the menial tasks previously done by doctors or nurses. For example, the dispensing of medication or the sending of reminders to patients for appointments. This would be beneficial on two fronts, primarily it would reduce the workload of healthcare professionals giving them more time to spend with patients, and secondly it would reduce human error.
Additionally, there has been huge advances in using artificial intelligence to aid in the interpretation of scans and the recommendation of treatment. A report by UCL (University College London) states how an AI system which can identify and recommend over 50 eye diseases has been developed by themselves, DeepMind Health, and Moorefields Eye Hospital. Not only eyes however, many other medical issues can be prevented through early detection and treatments, so the co-existence of experts and technology should be something the public desire. Given enough accurate data, AI should be able to process information as quickly as, or even faster than doctors and with the same level of accuracy – a vital tool when health is involved.
However, as good as this all sounds, not everybody is convinced. The change from talking to human beings to talking to an algorithm is, for some, a bitter pill to swallow. The people’s main concern is the room for error, as one wrong piece of advice could mean the difference between life and death in circumstances where a trip to the hospital was necessary but not advised. ‘Doctor Murphy’ is an NHS Consultant who has reported on many questionable results from this technology including a 48-year-old over-weight man with sweating and chest pains. We would hope that the recommendation would be to go straight to hospital, however the AI chat bot advised a GP appointment.
For people to gain confidence in the technology, consistency of results is paramount, but with this technology still in its infancy, errors are becoming ever more commonplace…a fatal mistake in medicine. If, however, these errors can be abolished and a mutual trust created between the NHS and the public, the report states that these virtual assistants can save 5.7 million hours of GP’s time each year throughout England.
However, as Jo Best stated in an article on the use of AI in the NHS,

´´An AI system is only as good as the data it is drawing upon to learn from´´.

In a national health system where paper-based notes are still largely the norm and different IT systems being used around the country, accuracy and consistency of data are near impossible to achieve. If we don’t start compiling a nationwide data set and training medical personnel in new technologies, we simply won’t be able to exploit the technology to its fullest.

Artificial Intelligence will not replace healthcare professionals but will merely enhance their abilities and take off some of the pressure currently felt within the healthcare industry. AI is definitely something which will affect us, the public in a positive way as not only will medical personnel have more time to consult with us, their abilities will be enhanced and complimented by technology providing further peace of mind – a clear step in the right direction of Artificial Intelligence. Additionally, the future looks bright in regard to Artificial Intelligence with exciting emerging technologies such as VR (Virtual Reality) which experts say could be used in place of doctors to help treat mental conditions such as PTSD or phobias. They say this will further combat the congestion felt within the NHS impacting on limited patient time.
Don’t miss out on a single post. Subscribe to LUCA Data Speaks.
You can also follow us on Twitter, YouTube and LinkedIn
Reinforcement learning…. the new playerHow to win over the Millennial Shopper? A great personalised experience will make them stay