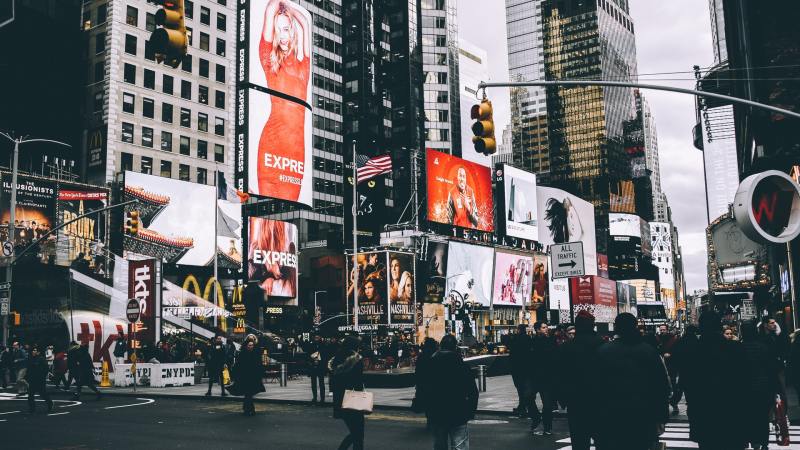 Digitalisation or, to put it another way, the movement to transform analogue processes and physical objects into digital ones, is advancing at a constant pace, encompassing practically all aspects of our daily lives.

One of the sectors where it is having the greatest impact, despite the existence of some currents that predicted its decline due to the rise of the Internet and digital marketing, is none other than outdoor advertising –OOH, an acronym for Out Of Home– which in this way becomes one more mechanism in the process of urban conversion from the traditional city to the Smart cities of the future.

Mupis or Urban Furniture as an Information Point are undoubtedly the star device supporting this digitalisation process in order to be successful in digital marketing/advertising campaigns at street level. Traditionally, it has been one of the tools used for signage and outdoor advertising in cities, located in locations with high visibility, both outdoors and indoors, to maximise the number of impacts of campaigns.

The digitalisation of these assets brings with it a series of advantages, such as the elimination of printing and travel costs to change the signage, but above all the adaptation of the commercial message in different locations and time slots or daily.

This improves the capture of the attention of the target audience in each area, thanks to specific animated communications and creating interactive campaigns that measure the effectiveness of the campaign in real time through the sentiment generated and conversion rates. And all of this at a contained cost by being able to plan exposure periods instead of having static signage for weeks or months as has been the case up to now.

At the same time, the decrease in costs in the production of LCD devices has only pushed towards the complete transformation of these assets, which together with the integration of more technology in the terminals (WiFi, bluetooth, augmented reality, communication with RRSS, etc.) allow offering a more enriching experience, favouring the alignment between different channels of communication with the customer and, therefore, improving conversion rates or reaching your target audience more effectively.

This reduction in costs is also opening up the possibility of finding new locations for adapted digital Mupis, such as in petrol stations while refuelling, in areas of electric chargers,… New locations that can mean an improvement in revenue for businesses derived from the placement of these Mupis, but above all allow them to better connect with users at times when their attention span will be greater as they have almost no competition from stimuli (do not look at the mobile while refuelling etc.).

Thus, one of the main keys to successful communication and subsequent conversion is to correctly identify the target audience to be addressed and to know what their general mobility patterns are with the greatest possible granularity, namely: mobility on a daily, weekly, time slot, most frequented locations and most likely routes to reach them, recurrence of visits, average dwell time and a long etcetera will allow us to modulate and articulate the projected message in an unprecedented way.

By identifying areas where clusters of individuals from your target audience are concentrated or recurrently pass through, you will be able to communicate with them more efficiently; moreover, the adaptability of the message will allow, for example, the message on a rainy Monday to be very different from that of a sunny Friday afternoon, or to have different messages depending on the location of the Mupi where they are projected.

Why not? We are all aware that, to a greater or lesser extent, the weather, the day of the week, the time of day and other exogenous factors modify our perception of reality and, therefore, our sensitivity and capacity to react to stimuli.

As we said before, we are not as motivated, happy or sensitive on a sunny day as we are on a grey and rainy one, or at 8 a.m. on a Tuesday morning waiting for the bus as we are on our way to our favourite activity on a Sunday at noon.

You really only need to have different communications prepared so that when the right conditions are met, those that bring together clusters of target audiences with sites or locations, weather, calendar and the stimuli to which they react best, the content is displayed per screen or set of screens spread over a given geographical area.

The digitalisation of Mupis turns them into programmed platforms, where the purchase of the space and the delivery of the message occurs in real time

What seems like science fiction is already a reality thanks to Big Data and some of the mobility solutions, such as Smart Steps, since working with multiple sources and large volumes of anonymised and aggregated data allows us to profile and discover insights that previously went unnoticed, or to detect improvements for situations or actions that we took for granted and unchangeable.

This ability to profile the audience and its subsequent communication through smart Mupis is also available to public administrations, which can carry out public awareness campaigns in different areas such as ecology, sustainability, civic awareness, etc., so that when the optimal conditions are met, these campaigns can be executed, such as this one in Australia to promote healthy eating habits to tackle the obesity epidemic among its citizens.

If you want to reach more people, or rather if you want to reach the people you really need to reach, profiling consumers not only by their consumption habits but also by their general mobility criteria is key to attracting, converting and/or retaining customers at a contained cost in a world that interconnects the physical and digital planes in more and more facets of daily life.

If you want to know more applications of the fusion of the Internet of Things and Artificial Intelligence, known to us as AIoThings, you can read other articles in the series:

AI in Science Fiction Films: A Recurring Pattern of Fascination and HorrorBig Data in basic research: from elementary particles to black holes