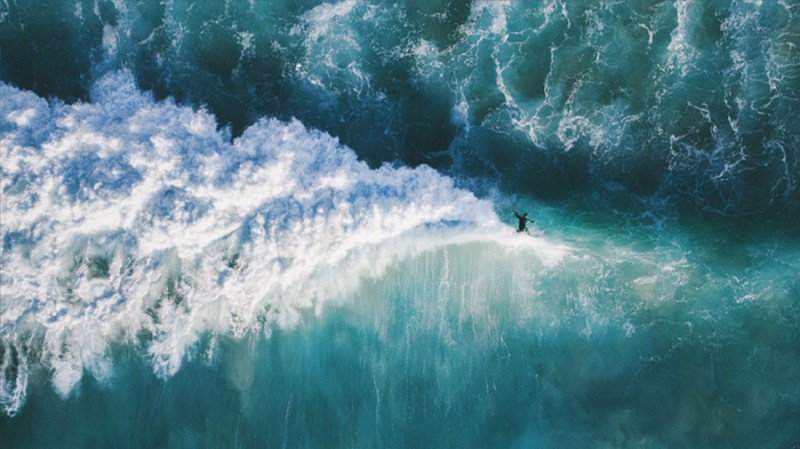 Back in 1980, “futurologist” Alvin Toffler published The Third Wave, a book inspired by Steve Case to express his vision of the development of the information technology paradigm in the context of a digital and globally interconnected world. The Third Wave, with its focus on “the things” around us, is already here. But how did we get to this point?

Major science fiction film references predicted a hyper technological future, where all physical representations (humans and machines) would coexist in harmony with a universe of on-demand digital assets and services. Films watched leisurely that we always observed with a certain skepticism, but that we gradually see becoming reality as we know it today.

In a universe that we understood to be ruled by impulses and inertia, figures such as Steve Case, co-founder of the company America on Line (AOL), which promoted the creation of the Internet, emerged. Case, already by 2016, was able to describe with exquisite precision the evolution of connectivity in the information society, identifying 3 great waves with their own identities that illustrate their different degrees of maturity over time.

We will now discuss the characteristics that define each of these stages, focusing in particular on the third wave, including: keys to success, main approaches to implementation and the actors involved in mapping out a future that we have recently embarked on.

In the period between 1985 and 1999, companies such as AOL (of which Case was the leading component), Apple, Microsoft, IBM, Cisco Systems, HP, Sprint and Sun Microsystems were responsible for creating the hardware, software and network infrastructure needed to enable people to communicate with each other, laying the foundation for the Internet of Information.

Looking at it today in perspective as a revolution, its expansion was very complex. On the one hand, the high costs related to the acquisition of personal computers and installation of lines for service coverage to individuals. On the other hand, the challenge and cost of training professionals in the development of new lines of business (Web as Business Infrastructure). All this raised a sea of questions of different kinds: for the main players, from the technological point of view (“can I actually build it?”), to the business perspective, what are true benefits of this showcase on which to present the brand? (“it it worth the investment?”). The arrival of the second wave would respond in one fell swoop to such uncertainty.

At the turn of the millennium, and representing a clear accelerator in the dotcom crisis, this era stood out for the creation of an excessive ecosystem of applications of different natures, based on the path laid out during the first wave. Social networks, search engines, online stores and payment platforms exemplify in good form the enormous diversity. A common aspect united all of them: to position the user in the centre, giving him/her the leading role so that he/she adds value in a co-creation environment (Web as Social Media).

In parallel to this emergence, new ways of information consumption and interaction with the world were developed. Thanks to the creation of intelligent devices (smartphones, tablets and wearables) and the concept of cloud storage, the frequent use of the web became popular, causing an exponential increase in the volume of data generated, breaking at the same time the spatial-temporal limits of connectivity that we were originally bound to.

New technology companies emerged in response to this opportunity, taking up the baton of “the avant-garde by default”. Google, Facebook, Twitter or Amazon, among others, took the risk of investing in an emerging market, without the certainty of receiving a great reception at first or obtaining a clear return on investment. And they were right.

Third wave: focusing on the things around us

And we arrive at the present moment, the object of an exhaustive study by Steve Case in the book he published under the same name as his mentor. He had no reason to devote such attention to it: to announce a new time of expansion of technology into all areas of our daily lives, becoming practically omnipresent. So close to us, that it allows us to act effectively in anticipation of real problems and weaknesses, whether in an environment of industrial production processes, or in the detection of pathologies of different significance in patients.

However, an outcome with such an accentuated social impact will require, as was the case in the first wave, the correct alignment of multiple aspects that push advancements out of their comfort zone. We must consider the perseverance in the exercise of innovation, the search for multisectoral alliances to provide the product with reputational and/or financial strength, as well as ensuring compliance with regulatory framework. Regulatory complexity will now address issues for a wide scope of applications, such as drone fleet management, resource efficiency in a Smart City, or the implementation of an Artificial Intelligence assistant and fault detection in autonomous vehicles. These are issues that benefit the user’s experience, but in case of operational malpractice, could put at risk the integrity of the system itself.

In correspondence with the above, it will be vital to enhance the ability of change management, a determining factor to position which companies will lead this evolving environment. Those that can maintain the entrepreneurial spirit and self-discipline, will prevail (Apple and Amazon attest to this). In addition, they will champion the balance between financial return and the execution of its mission, with those organizations that truly put it into practice being rewarded. Brand loyalty taken to the next level.

When technology matures to unite society and progress

Solving the challenges of the Third Wave means making use of advanced tools such as those we already have, which have reached a remarkable degree of maturity. Forming a set of integral tools, these technologies act as triggers for all digital transformation processes, and whose benefits provide personalization to the product or service that consumers expect in this arena. This is how all business solutions will bring together each of these pillars in their different stages of development:

Steve Case was right. Let’s not be afraid of surfing the crest of the wave.

Machete is a group dedicated to information theft and espionage. It uses various tools, including LokiBot.
Have you ever wondered if you are using the right strategies to improve your shop’s performance? Or what you need to do to improve the customer experience at the...
​​Microsoft Office 365 and Cloudflare services went down worldwide Multiple web services were interrupted worldwide last Tuesday. The source of these incidents was Microsoft Office 365 on the one hand...
The Women's Engineering Society (WES) launched the Women's Engineering Day initiative in the UK on June 23, 2014
An access credential is basically a username and password associated with a person and the access permissions granted to that person for an application, service or system. An access...
If one thing is clear at this stage in 2022, it is that the buzzword of the year in the technology and business world will be: metaverse. What is less...