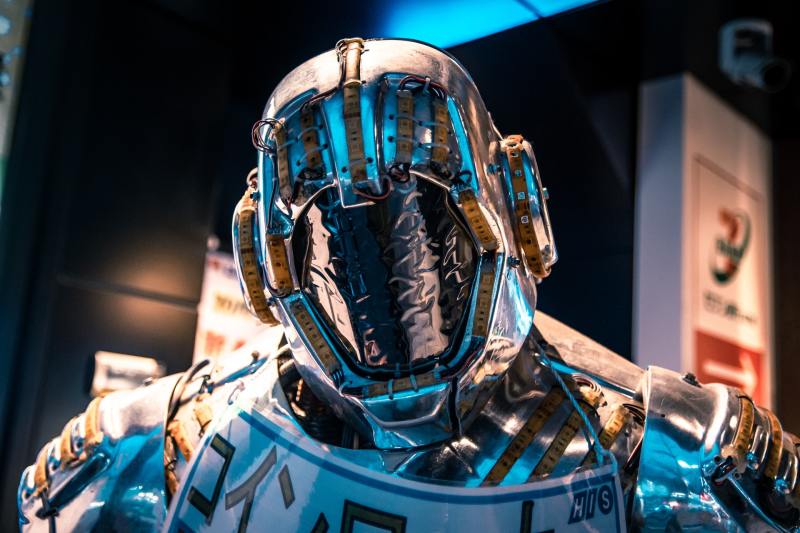 In today’s post we are going to explore how Hollywood films have dealt with the subject of technological advances, especially robotics and Artificial Intelligence. You will be surprised to discover that many of the films follow the same pattern, which we can say started at the beginning of the 20th century and became popular with Terminator. Let’s start!

From the Jewish Golem to “Star Wars” C3PO

There is a narrative that has proved recurrent in the history of human culture, namely the creation of artificial life to use it for our benefit. There are plenty of examples, be it Mary Shelley’s famous “Frankenstein” (1818) or the cute R2D2 and C3PO from Star Wars (see our previous post on “The Mandalorian”).

This recurring narrative can be traced back to Jewish mythology, with the clay Golem that comes to life when you put instructions in its mouth with a piece of paper and performs the tasks you ask it to do without complaint.

It is certainly an interesting concept, to be able to offload tasks onto another being who does not suffer or question the task. It is, to say the least, useful, and that is why we find this story repeated in all areas of culture, including cinema.

This is where a literary genre comes into play that is based on telling fictional stories in a context where technology and science have evolved beyond our reality. This is what we know as Science Fiction. When the Golem narrative and Science Fiction come together we have the robot books and movies.

While it is true that not all films about robots and artificial intelligence treat the subject in exactly the same way, we do find a recurring pattern, especially in the Western world, which goes something like this:

I’m sure that reading these points has made you think of a film or book that you have read. It is normal, this pattern is repeated more often than we realise.

In fact, we can find this pattern already in the first work that includes the word robot (from the Czech word robota, that is, slave). This book is “R.U.R.” (1920) by the Czech Karel Čapek, which in its plot tells us the story of a company that manufactures artificial beings (1) to reduce the workload of humans (2).

At this point, Harry Domin and Helena Glory, the owner of the robot factory and his wife respectively, decide to endow the beings with feelings, who end up developing beyond the initial objective (3), becoming aware of the slavery to which humans subject them, starting a rebellion and conquering the planet (4).

The story ends with all humans eliminated from Earth, because the robots were too strong and had no weak points (5).

Knowing the pattern, which we will call the “R.U.R. pattern” in deference to its origin, let’s go to Hollywood for a spin.

If the film appears in this list, you can imagine the plot, but if you prefer not to know it, skip the following!

I’m sure we could go on like this for a bit longer, but the point has been made, we are fascinated by technology, but we are afraid to stop understanding it. I’m sure we’ll continue to see films in the future that follow this pattern – I hope you recognise it when you see it!!

To be fair, I have to admit that this is the Western view of the genre. In the East there is a completely different view of robots. These tend to be the good guys in the story, who are here to help us. But that will be in a different post.

Note: If you know more films that follow this pattern, let us know in the comments!

Rethinking consensus for a more sustainable Blockchain: from PoW to PoSAI of Things (V): Recommendation and optimisation of advertising content on smart displays

Learn about the benefits of technologies such as smart displays and Big Data for the outdoor advertising industry.
Digital transformation brings us new opportunities, it is changing our lives both in the way we communicate and in the way we produce. Digitalisation of the industrial fabric in particular...
Do you have any idea how the Internet affects the environment? According to World Bank data, 48.5% of the world’s population was already connected to the Internet in 2017...
On the June 1st, the Annual Assembly of Alastria, the Spanish Blockchain consortium, was held. Today we are already more than 500 members: companies of all sizes, profiles and...
Coca-Cola is the largest beverage company in the world serving over 1.9 billion drinks daily across its 500 brands. Being such a large conglomerate active in so many countries...
Just as in the Grimm Brothers fairy tale where two little elves teamed up to help the cobbler have a better life, Artificial Intelligence and IoT, Big Data technologies...