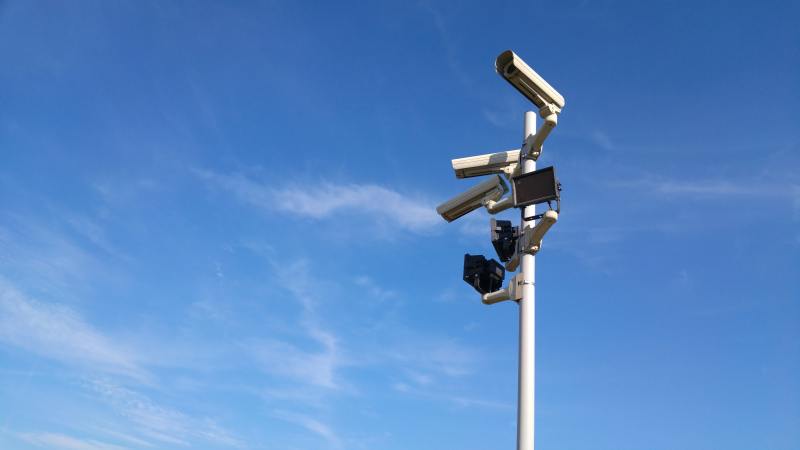 Artificial intelligence and IoT technologies continue to revolutionise the way in which we live around the world. In today’s post we take a brief look at how technologies enhance the capabilities of security forces globally and help keep us all a little bit safer.

For a few decades now police forces around the world have used advanced connected camera systems to monitor areas with a high prevalence of crime, prevent incidences and track criminals. Around the world, as a direct consequence of this, crime rates have fallen. Surveillance has become increasingly reliable, sophisticated and effective.

Let’s take the case of Montevideo, the capital city of Uruguay. For many years, the city has experienced increasingly high incidences of both petty and violent offences.

In 2013, the local government launched a project with the aim of cutting down violent crime in the city. To achieve this, zones with the highest exposure to crime were isolated. This was done by analysing data on differential crime rates across the city zones and neighbourhoods. Connected IoT camera technology was installed strategically in each zone so as to maximise finite police resources.

Over the following few years, the project was proven to be a resounding success, cutting crime in the targeted areas by an average of 20%.

Connected camera systems alone are pretty useless without the tools to properly analyse the footage gathered. Typically officers would spend many hours a day ciphering through hundreds of hours of footage in search of a desired profile or event. In recent years, police forces have started to apply Machine Learning algorithms when filtering through footage to exponentially increase efficiency and maximise valuable officer time.

The New Orleans Police Department (NOPD) was the first law enforcement agency of its kind to adopt Machine Learning into their surveillance processes. In 2018, the department installed over 400 cameras across the city, as in Montevideo, these cameras are strategically located in crime hotspots around the city .

The NOPD has employed the BriefCam solution to efficiently identify specific characteristics within a footage sample, or indeed a set of tapes. For example, if we know that a crime has been committed in a specific area by a man wearing a bright green shirt , an officer can tell the system to filter the footage to present only the frames which show people wearing such a shirt. The profile can be then tracked easily and their movements identified in a very short period of time, allowing for quick police action.

Thanks to Artificial Intelligence and Big Data forces can now even predict, with a fair degree of accuracy, the location of future crimes. Predpol is a revolutionary predictive policing model which was developed by a team of data scientists at UCLA. Law enforcement agencies can use this tool to understand the likely location of future criminal activity.

The system uses historical input data regarding three main variables; the type of crime, the time it was committed and the site location. Using this data, the algorithm can then predict, in a dynamic way, the next moves of gangs and well known criminals.

This technology goes way beyond the hot-spotting techniques described above. Its not about stationing officers where events have been, but where they are likely to be. Teams can be dynamically mobilised in an almost magical way. Every morning a new report is generated and every day teams mobilise in different locations. The company claims that this technology is “currently being used to help protect one out of every 33 people in the United States“, as this technology continues to be developed and utilised around the world, it will undoubtedly become a crucial tool for any law enforcement agency.

The application of IoT technology in policing is nothing new. However, by combining IoT with Artificial Intelligence and Machine Learning, powerful tools have been created which help to dramatically enhance surveillance footage analyse and even predict new events. This technology is set to redefine the way in which policing is done around the world.