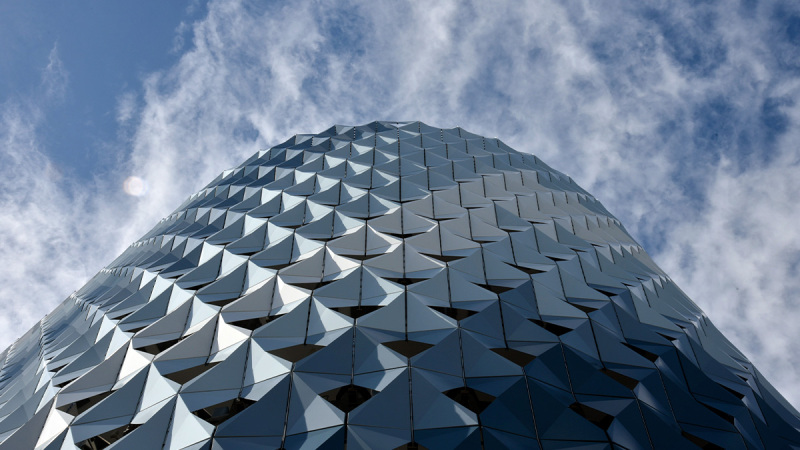 In a recent article, we looked through Gartner publications to see how expectations for blockchain application have evolved in recent years

Today we will delve into some of the most relevant trends that we can observe in its latest “Hype Cycle”, explaining from Telefónica’s experience why we believe they are key to the massive implementation of this technology (especially in the business environment).

Telefónica’s commitment to Blockchain goes back almost 5 years. We have navigated and lived this story in first person, and although we have not been always relevant, we started 2021 with the recognition of Forbes as one of the 50 companies that are leading the use of Blockchain (the only Spanish company in the world to have been recognised as a leader in the use of Blockchain).

If we review this latest Blockchain Hype Cycle, our positioning is very much in line with several of the trends it covers, to which we dedicate a large part of the activity we develop

When we talk about Blockchain, we are talking about a business enabler that allows information to be managed in a more transparent way, guaranteeing that it cannot be modified once it has been recorded. And it makes it possible to develop reliable and auditable business logic based on this data, avoiding the possibility of third parties affecting this processing for their own benefit.

In the business environment, we all have systems, applications, portals and other multiple environments that need to interact with Blockchain networks to record and consult the information required in business processes. And in each of the projects where we have used Blockchain in Telefónica we have needed to create an “abstraction layer” that would make it easy to use the different existing technologies (private, public and consortium), as well as their quick and easy integration by all the systems and actors participating in the process.

Thanks to this experience, we have developed our Blockchain PaaS service, TrustOS, which offers generic capabilities to easily and quickly compose projects that make use of traceability, certification, identity… in Blockchain, accessible through APIs. This solution avoids the need to know the characteristics of the multiple existing technologies and facilitates access to different networks (private, public or consortium) to make the most of their advantages with minimum effort. And it makes it possible to migrate from one Blockchain technology to another, or between networks, without impacting the business processes built up.

No single technology can be the “philosopher’s stone” that transforms data into gold. The combination of technologies is key in general to bring the most value to the business, and the case of Blockchain is no exception.

One of the challenges we face when applying Blockchain in a use case is how to ensure that the information recorded in the blockchain is correct. Otherwise, we risk having immutable data that we cannot trust. And for this we need to integrate other technologies, because Blockchain does not solve this problem.

That is why Telefónica Tech has developed in our IoT solutions the ability to record information obtained by devices in Blockchain networks, through TrustOS. This integration is carried out simply and independently of the network and technology used, through APIs. Either through generic IoT platforms (for those devices that do not have “intelligence”) or directly from the device (as is the case of the agreement for the development of IoT+Blockchain solutions that we reached with Aitos.io and Fibocom). In this way, we guarantee the non-repudiation, validity and integrity of the information without the existence of any intermediate service or platform that could alter the information.

One of the relevant aspects to be able to connect the world of devices to Blockchain networks is to manage their identity and guarantee control of who is accessing what at any given moment. This need has led us to develop our own decentralised identity solution for Hyperledger Fabric, as this technology (the most widely used in the business world) has a centralised identity architecture that makes this type of project unfeasible. In order to facilitate its use by other companies that have this need, Telefónica has released the TrustID identity solution as an open-source project within the Hyperledger ecosystem, which evolves within the scope of the consortium.

The promotion of digital identity supported by distributed registry technologies is one of the clearest trends in the public sphere, both in Europe and in Spain, which are leading some of the most outstanding initiatives worldwide.

In our country we can boast of the approval in early 2021 of the Reference Framework for Decentralised Identity Management (DID) with Blockchain technology. This is the first official standard developed in the world in this field, which places Spain at the forefront in the standardisation of these new technologies. The private sector has collaborated decisively in the development and approval of this standard, with the participation of Telefónica, companies such as BME and Astrea, and organisations such as Alastria, the Spanish association for the development of the national Blockchain ecosystem.

At the European level, decentralised identity is an essential part of the European Blockchain Services Infrastructure, an initiative created in 2018 that includes all EU member states. EBSI’s goal is to work together to harness the potential of Blockchain for the benefit of citizens, society and the economy. As part of this commitment, the association has built an infrastructure, consisting of a network of nodes distributed across the different member states, which will provide cross-border public services across the EU and will enable the development of applications in different fields (the aforementioned identity, as well as traceability, notarisation or secure information sharing, among others).

Recently, moreover, the Secretary of State for Digitalisation and Artificial Intelligence has signed a cooperation agreement between Spain and Germany to work in the field of cross-border digital identity. This initiative aims to give citizens full control of their digital identities.

All this suggests that in the coming years this specific area of decentralised digital identity will be one of the most relevant for the development of Blockchain-based services that can achieve mass use by EU citizens in their relationship with the public administration and with private companies.

As initiatives based on Blockchain are developed in both the private and public sectors, the development of interoperability solutions between networks becomes a key aspect in order to connect and extend services and avoid “silos” that limit the full potential of this technology.

This need is not new, every time networks are developed on which the possibility of sharing information and building value-added services is enabled (Internet, mobile networks…) interoperability is one of the decisive challenges for its mass adoption, going from limited environments (intranets, private networks, messages limited to customers of your own operator, etc.) to connecting any user and service in the world.

In the coming months, Telefónica will combine different networks and technologies through TrustOS to respond to different needs in areas such as traceability, certification or identity. Facilitating our customers access to private and consortium networks (Alastria, EBSI, LACChain…) to develop interoperable use cases and take advantage of the capabilities of each ecosystem.

Finally, we highlight the potential of tokenisation to enable the development of new business models, in which it is possible to create digital representations of assets (tangible or intangible) to facilitate their exchange and traceability.

One of the most fashionable trends in recent months related to tokenisation are NFTs (Non-Fungible Tokens, another of the technologies included in the “Hype Cycle”). These tokens represent unique assets, such as works of art or collectibles, facilitating their exchange in markets and enabling not only the traceability of their life cycle, but also the creation of new business models (for example, guaranteeing the creator of a work a percentage of future sales, which he obtains automatically each time the ownership of the NFT that represents it is transferred).

Tokens also allow for new gamification and reward mechanisms. As an example, to celebrate a decade of Wayra, Telefónica’s innovation ecosystem, 10 NFTs corresponding to 10 original works were issued through TrustOS and given to participants in a competition in recognition of their participation.

In the financial sphere, the use of Blockchain networks and tokenisation is enabling the sector to begin to evolve towards a decentralised environment. We are talking about DeFi (Decentralized Finance), another of the most important trends of recent times, which is enabling the development of alternative financial services, supported by stable coins (tokens that represent a digital dollar) and protocols developed on Blockchain networks. Commercial banks and central banks, as well as other players (such as Facebook) are also experimenting with the tokenisation of money to create a new ecosystem to solve some of the current limitations, such as the transparency of the monetary system, or the traceability of transactions to combat money laundering or tax evasion.

The Blockchain Hype Cycle includes many other trends, which, together with those discussed in this article, will undoubtedly allow us to develop new services in the coming years that we have not even identified yet. An exciting time for all of us who are working to make Blockchain’s expectations a reality. See you in the next Hype Cycle!